As a child conceived in one night of reckless passion, Elizabeth Lewis has carried the taint of her mother’s indiscretion her entire life. Her life takes a turn for the worse when her father dies, leaving her fate, along with her two half-sisters, in the hands of a cruel and judgmental uncle. Rather than accept an arranged marriage to a man three times her age, Elizabeth decides to take her chances in the Montana Territory as a mail order bride. It couldn’t be any worse, or could it?

Ford Ellison and Logan Smythe are heading west after long years of service on foreign soil. A twist of fate lands them at the poker table across from a vile man by the name of Samuel Jenkins. He and his grown sons are bragging to all who will listen about how they plan to share the unsuspecting woman who’s responded to their advertisement for a bride. When she arrives on the stage, she’ll be in for quite a horrible surprise.

Ford and Logan take one look at the lovely Elizabeth and know they can’t allow that kind of evil to touch her, even if it means telling a little white lie. The only way to save her is to marry her themselves. Will their duplicity end the marriage before it even starts? Ford and Logan are convinced all they need is time, time to conquer Elizabeth’s body and to win her heart. 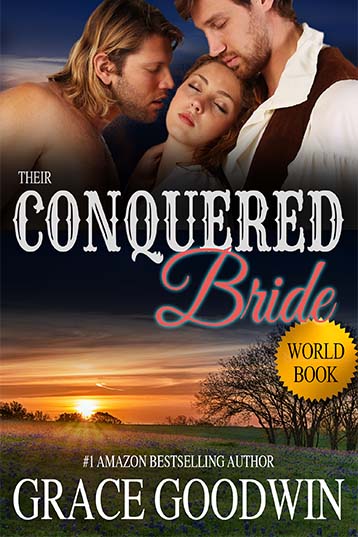