When Laurel Sinclair’s uncaring father seeks to pawn her off in marriage as part of a business deal, she seeks to avoid her fate by fleeing. But running away in a Montana blizzard proves to be a terrible mistake.

When handsome ranchers Mason and Brody find the stranded redhead next to her injured horse, they take her in and immediately decide to make her theirs, convinced they can convert the beautiful stranger to an unusual arrangement of marrying them both. The Bridgewater way of one woman marrying two husbands is foreign to Laurel, but she soon grows to love the two protective men who awaken her to a world of carnal pleasures she never knew existed.

She grows to love them for their guidance and protection. But will her happiness be threatened by the secret she harbors? Will Mason and Brody still love her if they discover who she is? And what will happen when her scheming father and the cruel man he wanted her to marry finally track her down? 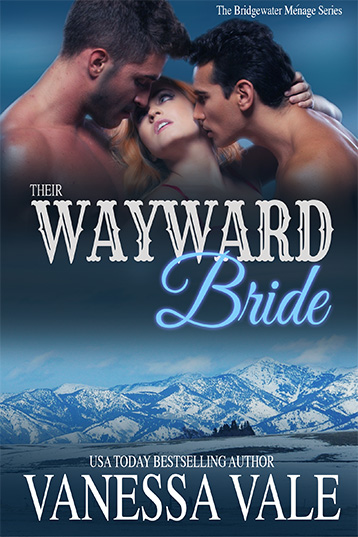