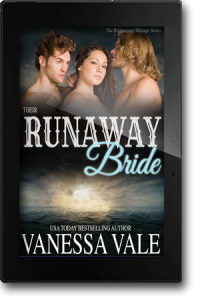 Their Runaway Bride – Book .5 – A series prequel
Forced to marry by her father, Ann runs away only to be rescued by two military officers.

Robert:
Lt. Colonel in US Army. Dark beard is soft against skin in very special places. 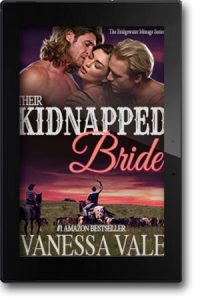 Sold to a brothel, Emma is bought and married to two cowboys from a virgin auction.

Kane:
Doesn’t hesitate to outbid scoundrels to save a woman.

Ian:
His Scottish brogue has Emma dropping her drawers.

Emma:
How can she resist two dominant men, especially in bed? 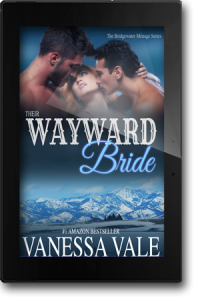 Their Wayward Bride – Book 2
A cruel fiancé drives Laurel into a blizzard and is saved by two Englishmen.

Mason:
Likes a good snowstorm, especially when he finds a woman.

Brody:
Makes use of the dinner table for more than just meals.

Laurel:
Sleeping between two men is a great way to stay warm. 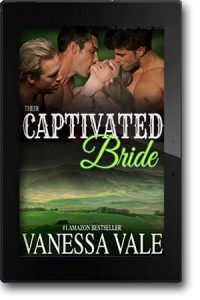 Their Captivated Bride – Book 3
Three men marry Olivia to protect her from a dangerous man.

Cross:
The American who likes to watch Olivia play… with her men.

Rhys:
Likes to read literature and dominate his bride.

Olivia: Because two cowboys are not enough. 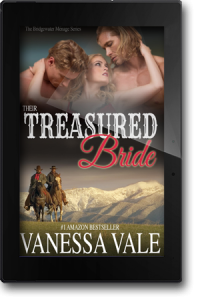 Their Treasured Bride – Book 4
Before her brother dies, he proxy marries Rebecca to a fellow soldier—and his friend.

Connor:
A surprise bride is better than he imagined.

Rebecca:
An English rose, she doesn’t wilt under her husbands’ demands. 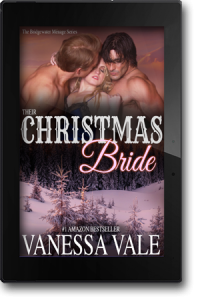 Their Christmas Bride – Book 5 – A holiday novella
After nasty rumors are spread, Allison flees town, but two dominant men have other ideas.

Quinn:
He has no qualms about claiming his bride in a jail cell.

Porter:
Being married on Christmas Day is the best gift he could receive.

Allison:
She’d fled town but never expected to be captured. 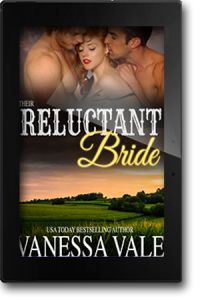 Their Reluctant Bride – Book 6
A widow accepts marriage to two cowboys for protection against a blackmailer.

Tyler:
His parents may have had a plural marriage, but he wanted one of his own.

Xander:
He pushed his bride to do things she never imagined.

Emily:
She never did anything like this with her first husband. 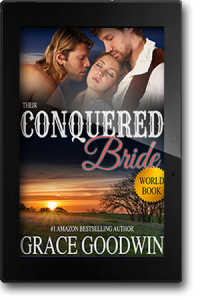 Their Conquered Bride – A World Book (Read as Book 6.5)
By Grace Goodwin
A mail order bride is saved from a cruel bridegroom by two possessive foreigners.

Ford:
She might be the old lech’s mail order bride, but he wasn’t letting him get his hands on her.

Logan:
If Lizzie wanted it, he’d give it to her. 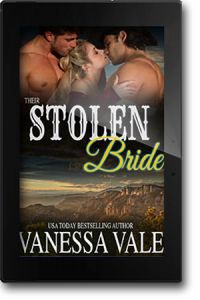 Their Stolen Bride – Book 7
Being a fake fiancé is not what either Parker or Sully have in mind. They will wed Mary and nothing else.

Parker:
A bargain made, he follows through and protects her… with marriage.

Mary:
She only wanted a pretend fiancé, but ended up married to two men. One of them an infamous outlaw. 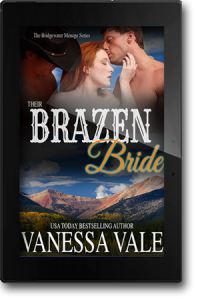 Gabe and Tucker Landry have waited years for Abigail. They won’t let something like a fiancé get in the way. Even if it means danger.

Gabe:
His patience can last only so long.

Tucker:
He’ll protect her, whatever the cost.

Abigail:
She’ll save her men at any cost.